Mahé is the largest island and cultural and economic hub of the Inner Islands, and the international gateway to the Seychelles. It’s the home of the nation’s capital, named Victoria.

The island retains its idyllic beauty, with 3,000-foot mountains and scores of gorgeous beaches.

The island Mahé is home to almost 90% of the total population (or approximately 72,200 people) reflecting Seychelles’ diverse ethnicity and descent from African, Indian, Chinese and European populations, and is the seat of government and the chief centre of commerce. 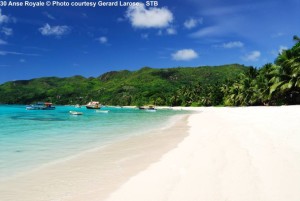 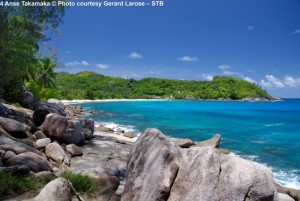 Music and dance have always played a prominent role in Seychelles culture and in all types of local festivities. Rooted in African, Malagasy and European cultures, music is played to the accompaniment of drums such as the Tambour and Tam-Tam and simple string instruments.

Seychelles is a comparatively young nation which can trace its first settlement back to 1770 when the islands were first settled by the French, leading a small party of whites, Indians and Africans. The islands remained in French hands until the defeat of Napoleon at Waterloo, evolving from humble beginnings to attain a population of 3,500 by the time Seychelles was ceded to Britain under the treaty of Paris in 1814.

During this period Seychelles came to know the enlightened policies of administrators such as Pierre Poivre, the brilliant politicking of Governor Queau de Quinssy and, of course, the terrible repercussions of the French Revolution.

Under the British, Seychelles achieved a population of some 7,000 by the year 1825. Important estates were established during this time producing coconut, food crops, cotton and sugar cane. During this period Seychelles also saw the establishment of Victoria as her capital, the exile of numerous and colourful troublemakers from the Empire, the devastation caused by the famous Avalanche of 1862 and the economic repercussions of the abolition of slavery.

Please note that shopping in Seychelles is not one of the major attractions.

The market downtown Victoria has a good selection of local produce, and spices for sale that are all grown locally and 100% authentic. Otherwise, you will find small shops (mostly owned by Indians) that will cater for your needs.

Notice: Regular items you will find on the island of Mahé but if you need a specific item like an adapter for your laptop dont be surprised that it will not be available on the island. Larger hotels have boutiques with specific items fot that specific hotel.

Throughout Seychelles, there are many artisans producing works of art that are as varied and diverse as their surrounds and which include stained glass, products made from coconut shell, husk, seashells and corals, clothing, gold, silver and other forms of jewellery, recycled materials, fibres, bamboo, metal and pottery.

While visiting, be sure to buy the classic and traditional Seychelles souvenir, the coco-de-mer, or the 'nut of the sea,' a nut from trees native to the islands in the Seychelles - but this requires an export licence.

Other locally made souvenirs, although not as unique, can be purchased like sea shell and pearl jewellery, textiles and straw hats, in addition to needlework, or paintings by local artists and woodwork. 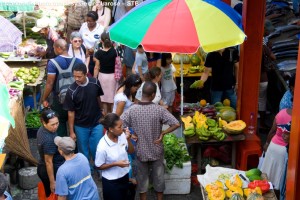 The warm Indian Ocean waters make Seychelles the perfect place for the water enthusiasts. Explore on board a yacht, power boat, catamaran or sailboat. Windsurfing is also popular and the best time for this activity is usually around May then in October, at the start and end of the trade winds.

Scuba diving, snorkeling, and fishing are also extremely popular and can be done almost anywhere in Seychelles. Baie Ternay is superb and easily acccessible by glass bottom boat tour from Beau Vallon beach - leave yourself an empty day and walk the beach for a 'last minute' booking - great deals can be bartered.

Snorkeling (provided you have your own gear - some hotels lend masks, snorkels and fins to guests) is FREE and there are many great spots: off some of the small beaches at Glacis, past Mouse Island at Anse Royale, along the reef at Port Launay (near Ephelia Resort). Often spotted are a wide array of tropical fish, sea turtles, eagle rays and more!

But also on the island Mahé itself you can do a lot of activities like walking a trail. On Mahé there are many beautiful walks around the "Morne Seychellois" National Park. Please check the tours on Mahé

Most of the hotels has a variety of sportactivities (land and water) like golf, tennis, squash, badminton, horseback riding, and hiking. There are several maintained hiking routes on the main island of Mahé.

Or just enjoy a beach volleyball match around 4pm with other guests of the hotel.

On Mahé it is not advised to ride bicycles, and there are no rental shops within sight. 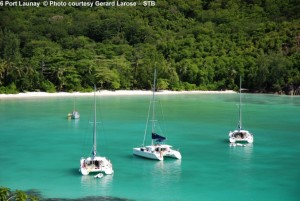 With a backdrop of towering 1000m granite peaks, Mahé is an extraordinary treasure trove of flora that has evolved over centuries of splendid isolation.

Rare endemic plants found nowhere else in the world adorn Mahé’s mist forests in mountain strongholds, such as the Jellyfish Tree, the carnivorous Seychelles Pitcher Plant and the Seychelles Vanilla Orchid.

Residence on the Rocks

With the style and laidback comforts of an exclusive private home