An aura of charm and tranquility surrounds the island La Digue.  The friendly atmosphere of this intimate island with its languid pace of life, traditional architecture and breathtaking beaches, such as legendary Anse Source d’Argent, is an absolute must for visitors.

La Digue is the third largest inhabited island of the Seychelles in terms of population, lying east of Praslin and west of Felicite Island. In terms of size it is the fourth largest granitic island of Seychelles after Mahé, Praslin and Silhouette Island. It has a population of 2,800 people, who mostly live in the west coast villages of La Passe (linked by ferry to Praslin and Mahé) and La Réunion. It has an area of 10.08 km2, which makes it relatively easy to travel around by bike or on foot.

The island has no natural harbour and is protected by the coral reefs which encircle it. All around La Digue are huge, unusually shaped granite rocks which look like vast Henry Moore sculptures.

It’s possible to visit La Digue as a daytrip from either Mahé or Praslin, but in order to truly soak up the atmosphere and explore you may want to stay for a few days. 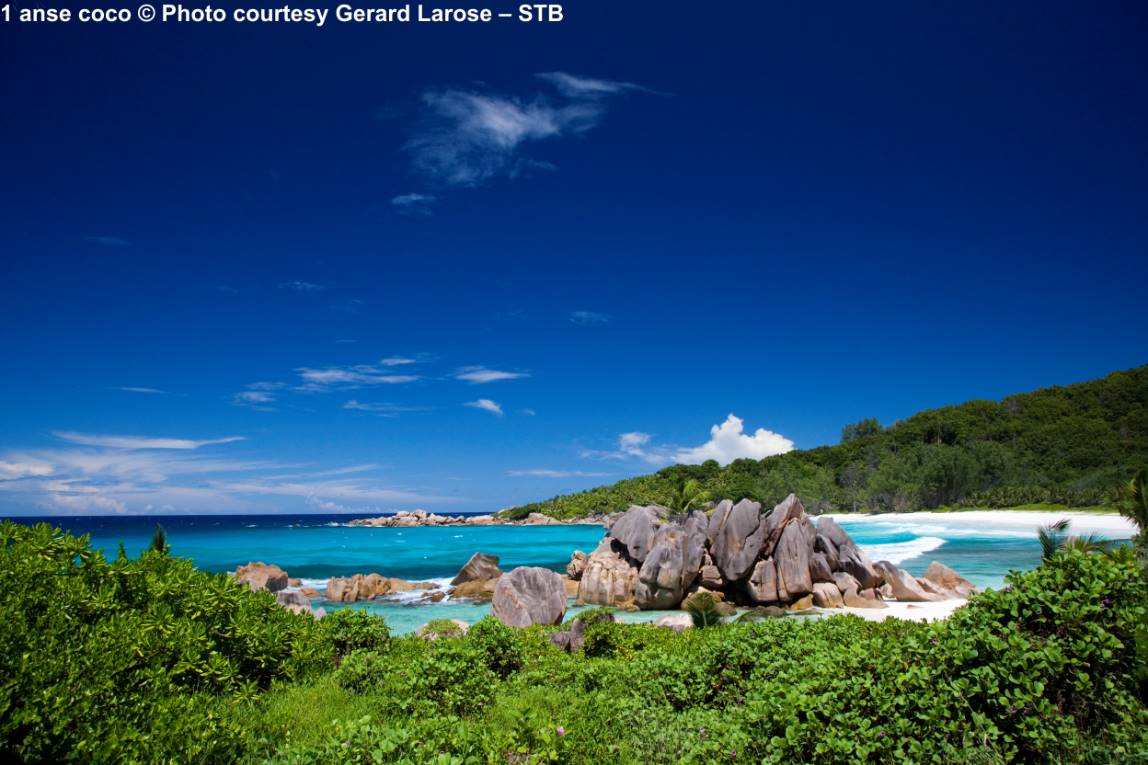 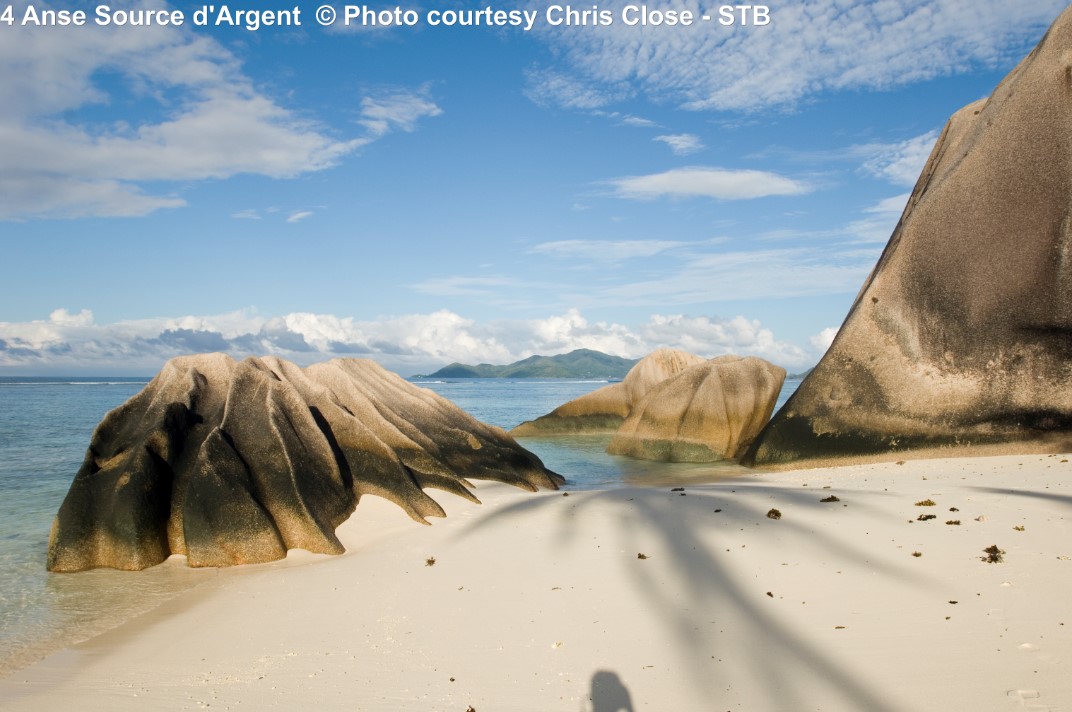 La Digue takes its name from one of the vessels in explorer Marion Dufresne's fleet, sent by the French to explore Seychelles' granitic islands in 1768.

According to modern historians, La Digue was first sighted by the French navigator Lazare Picault in 1742, but it was not named until 1768. The first people settled on the island in 1789, when French colonists arrived with their African slaves. Most of them went back to France, but some people were left and some of today's inhabitants carry their names. Later, more French deportees arrived, followed by a large number of liberated slaves and Asian immigrants. In 1854, the first Catholic chapel was built on La Digue by Father Theophile. Most inhabitants of the island are of the Catholic faith. French colonists on La Digue manufactured coral lime, and they are believed to be responsible for the decline of the island's coral reefs. They also made copra out of coconuts, and they planted vanilla on their plantations. This tradition has been continued.

The inhabitants of La Digue are called Diguois. The first inhabitants arrived in 1798, exiled from Bourbon for taking part in a political rebellion there. They were supposed to be sent to the East Indies, but bribed the captain to ship them to Seychelles instead where many had relatives. The population of La Digue is mostly Catholic and the islands feast day on August 15 is a national holiday.

In the woods of La Digue can be found the rare Black Paradise Flycatcher. Although this bird was once thought to be extinct recent estimates suggests that there may be as many as one hundred on the island. Cycads, one of the oldest and most primitive of plants, are to be seen growing along the quiet roads of the island. 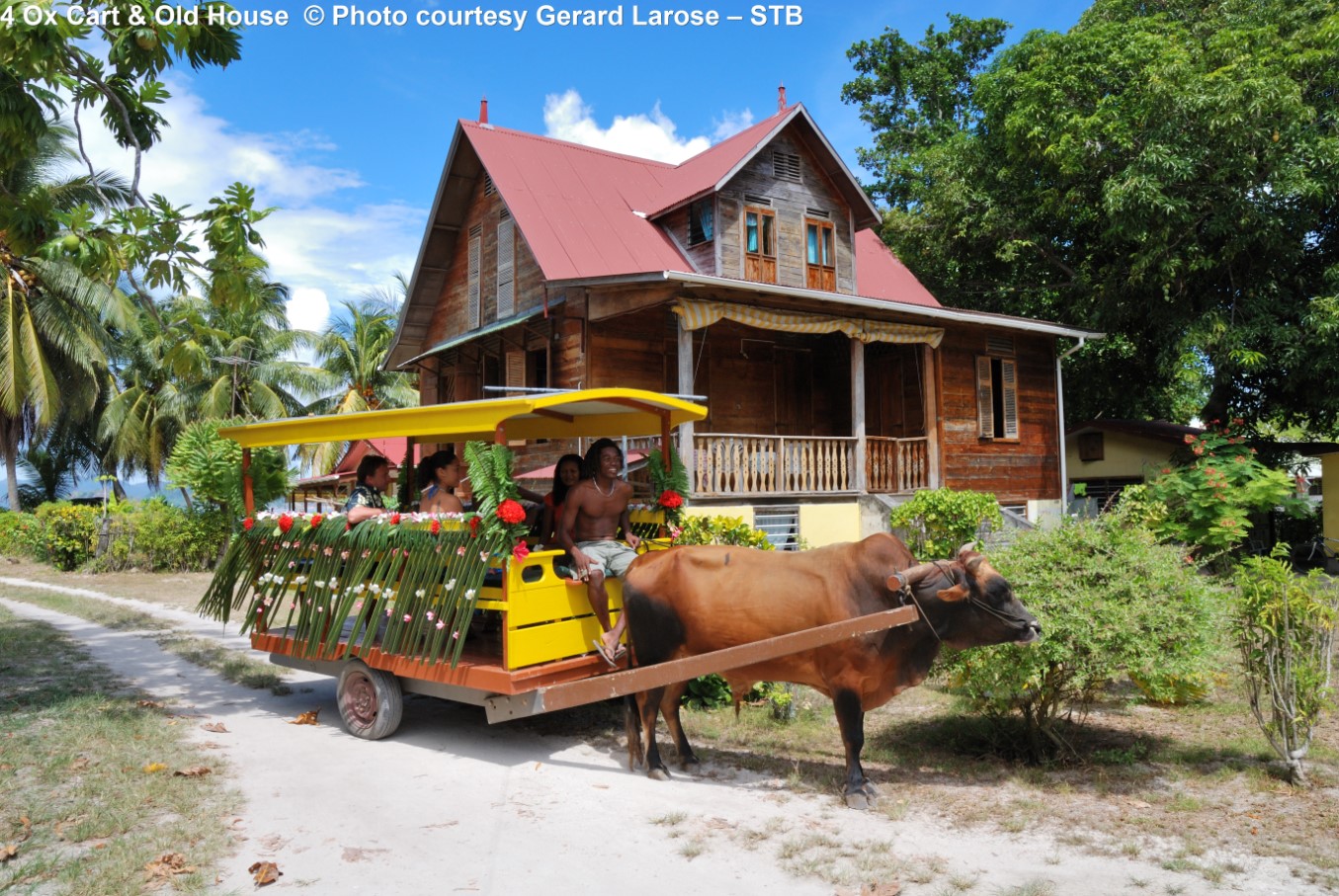 La Digue has wonderful beaches for sunbathing and enjoying the marvelous nature. Most of these wide deserted beaches are perfect for long walks.

The closest swimming beach is just to the north, over the hill and past the cemetery to Anse Severe, with Anse Patates a little further on also making a great choice for swimming and snorkelling.

Further along the east coast the beaches get wilder - certainly more secluded but with wilder waves, and to reach the southern most part of the coastal road will require strong legs as there are several steep climbs.

To the south of town within the grounds of L'Union Estate is Anse Source D'Argent, the most famous beach in the Seychelles. Our favourite beaches on the island require a cycle over the hill to the south coast where you can explore Grande Anse, Petite Anse and the delightful Anse Cocos. 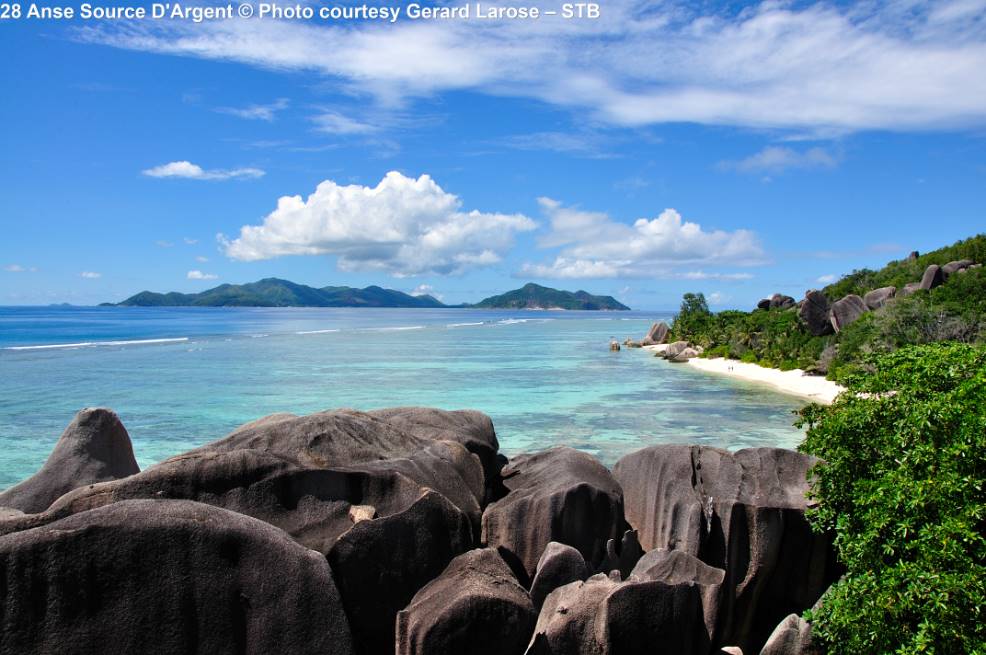 La Digue and its picturesque satellite islands are ideal for snorkelling, diving and fishing excursions.

Some hotels on La Digue have a swimming pool. The island of La Digue is the perfect place to rent a bike or to make a long walk in nature. 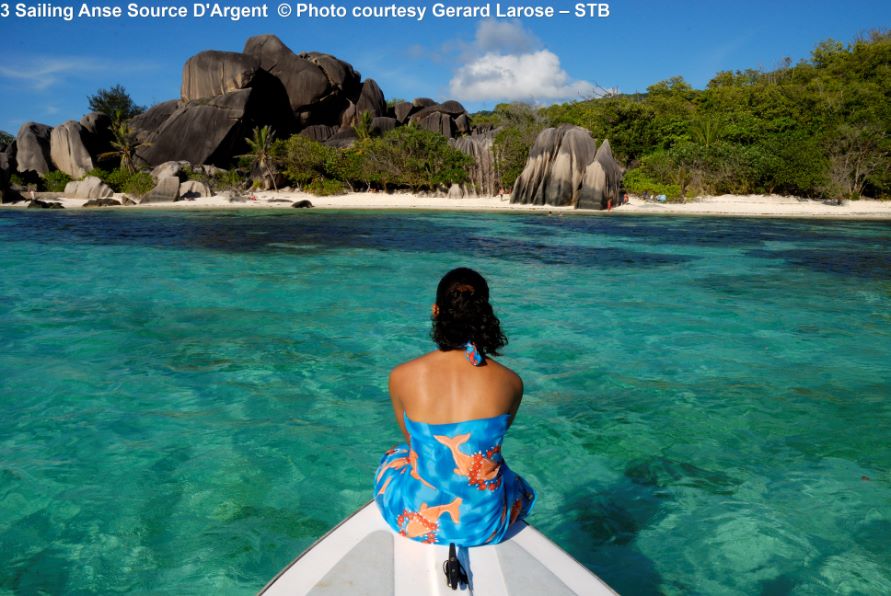 Apart from hosting the Seychelles' black paradise flycatcher, one of the rarest birds on earth, La Digue's biodiversity features such stars as the chinese bittern, cave swiftlet, waxbill as well as two rare species of terrapin.

La Digue's forests also contain a wealth of flora in the form of delicate orchids, tumbling vines of vanilla, as well as trees such as Indian almond and takamaka. Gardens blaze with hibiscus and nepenthes against a backdrop of swaying coconut palms. 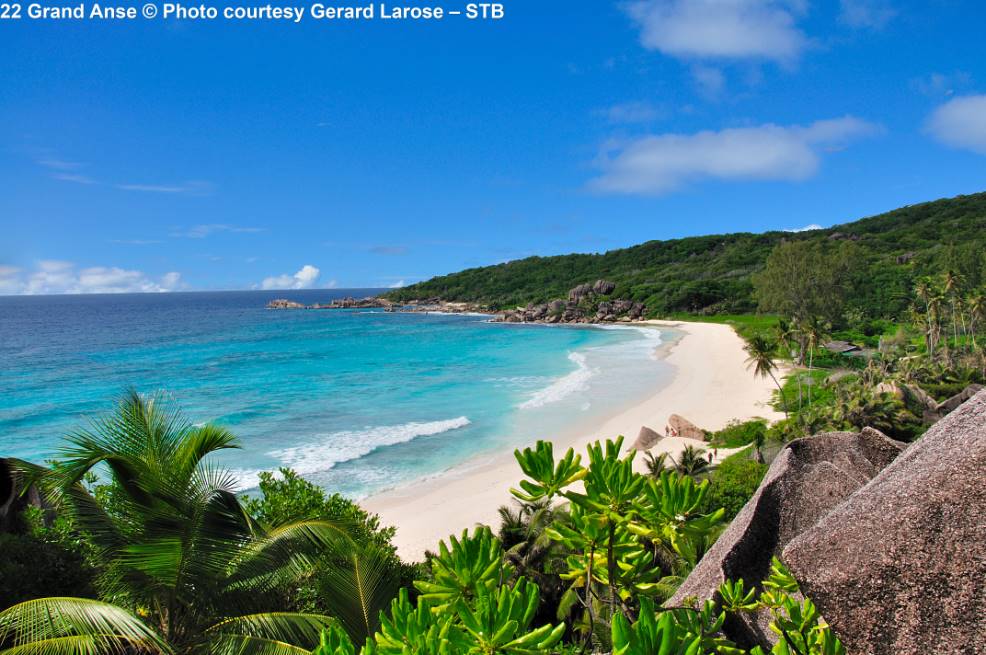 Visit to Praslin and La Digue